Reaching back to early November 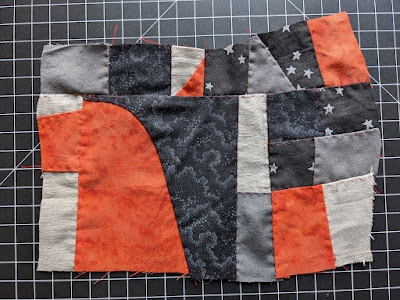 In fall, I always want to stay home and sew, knit, make stuff for myself at home. When I found out that Youngmin was going to teach a class for Tatter, I signed up for hers and then also an extra one for piecing. I'm usually super ugh around Zoom classes but I wanted to support Youngmin and had always wanted to have a better grip on how to use scraps properly when piecing (not because I quilt but for my obsessive and culturally historic desire not to waste any bits). I LOVED Zak's class even though I had to leave early for a dental appointment. 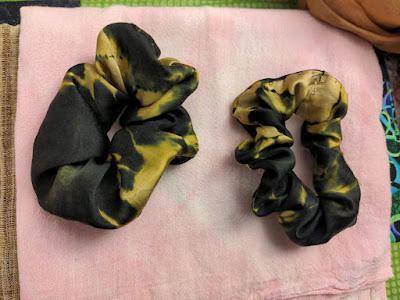 After that, it felt very urgent to make a bunch of scrunchies. There's another not pictured, and meanwhile I had hoped that the big dental work (yet another crown) would be the end of my fall financial woes. Oh, how wrong I was! 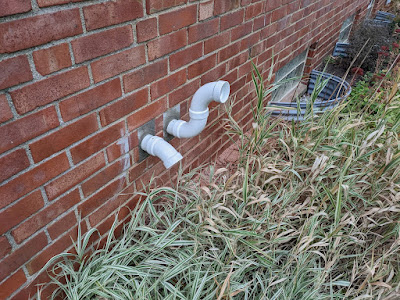 While I may have been able to skate by another winter with the furnace that came with the house, it seemed like a better idea to upgrade to a high-efficiency two-stage one, which means that all the grass (and maybe weeds?) in this side border will die from the exhaust. 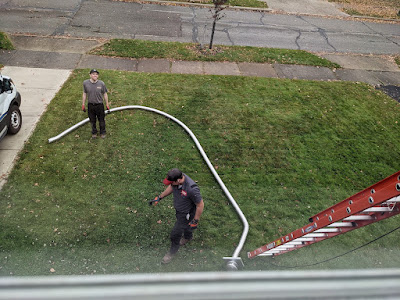 A new chimney liner had to go in as well since the new furnace was no longer venting through it, so the hot water tank would need this (as well as my chimney). Surely, I've done the right thing and nothing else is wrong, right? The day they installed, I asked if it was normal to smell so much natural gas. They said yes. Days later, it still smelled a lot like natural gas. I finally called the company a week later to say I smell gas, they said it's probably not gas and just wait for it to burn off. I'm glad my house and I didn't explode because of course I was right. Two weeks after installation, the gas company guy confirmed with great alarm that the gas leak was not at the connections but inside the furnace itself, gas valve hissing away. I'm still trying to decide how to go forward, do I contact the attorney general, blahblah. While I've had a great life, this is NOT how I would have wanted to die. 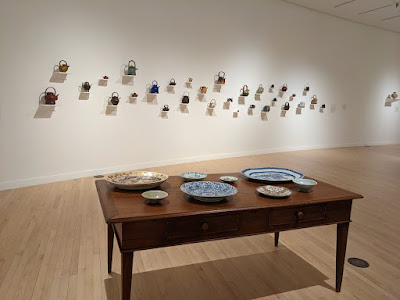 Before I knew all this bad stuff was happening in the basement, I had a lovely trip to the College of Wooster to give a workshop and lecture. After a lovely lunch with Professor Jim Bonk and his students, we visited the art museum, which was having a delightful container show. Marianne, the curator, explained the genesis of the show as she started her tenure during pandemic. She knew that people would not have the bandwidth for super conceptual work and started looking at the collection. One piece led to fascinating discoveries and ideas for the theme of the show. I LOVE IT. 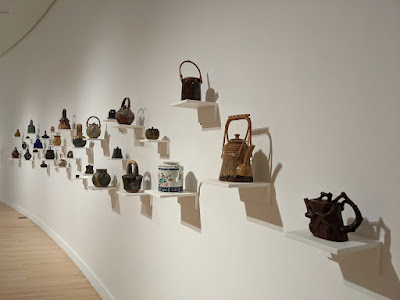 It made me think about my own work, how it does better with the many layers of meaning and understanding of technique and history, but also is fine on its own. The kind of work that requires lots and lots of reading used to be so fascinating to me but is less so now. The immediacy of a teapot, there's nothing like it. Also, how killer is this install? 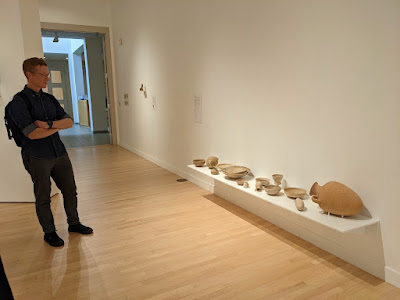 Every detail of the install is excellent, like having burial containers lower to the ground. 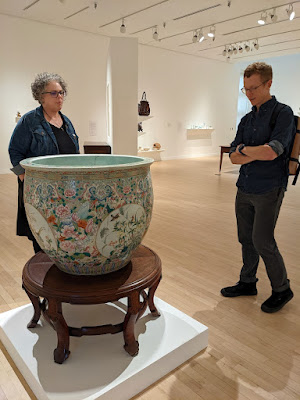 Marianne explained how this was for koi in a private garden and we all mused about if they enjoyed the painted scenery inside and also how many would fit in there and do they get to come in and out of there? There's a whole history of this pot at the school; it was broken and vandalized but then pieced back together. Every piece has a story. 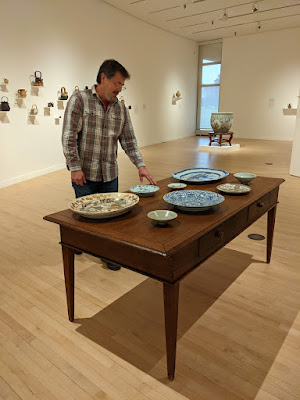 Marianne also got Doug to come by to say hi, because he is the genius behind the install. Somehow he works here and at another college doing preparator work. I say somehow because how do you do all this work in two days/week? This table is also his own, which is a fantastic way to display these pieces, and made me look more closely at all of the stands and supports for the work itself. 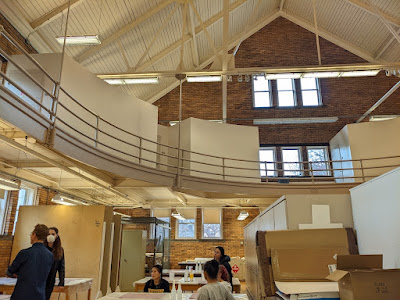 The workshop was held in the art building, which was an old gym. That above was a track and now it's individual studios. 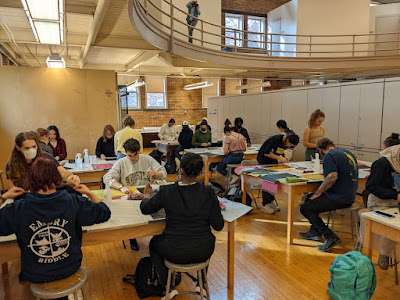 We had a great group of students across several different departments, and it was just the right technique (joomchi) for the slot of time. After that, a quick dinner with Jim's family and friends at their beautiful home and then back to school for an evening lecture. I really enjoyed the visit and how obvious it was that these professors really care about teaching their students. You can see it in the direct connection they have to their students in person but also in the concerns they have about them outside of the classroom. 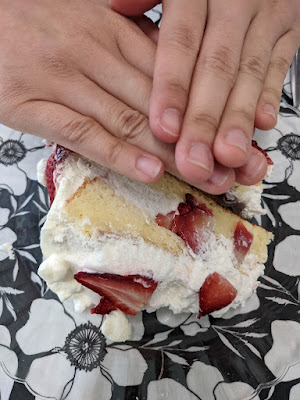 Back home, my precious Michelle brought amazing homemade cake to share with me. I try not to think about how I was at that age at Oberlin, because I really did not have a clue. She is trying to cover up the bottom of the other slice because it was slightly scorched but truly, it all tasted great. I'll share about my residency and final gigs of the year next time. Have a great holiday!