All of a sudden 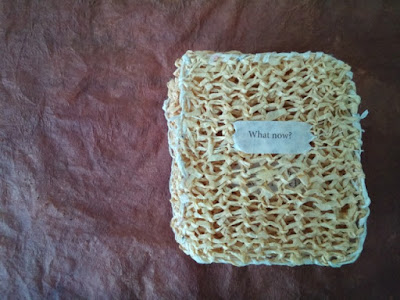 This book has been sitting around for probably over a year, waiting to be finished. Under massive pressure, I managed to complete packing for many different travel segments, do a bunch of admin, meet Judy for lunch, load my car, AND finish this book! Tomorrow will demand more stamina than I may possess: an 8-hour drive, unloading the entire contents into a different vehicle, riding with 23 dresses, 3 books, 4 ducks, and 2 teapot on the train and subway, walking to my photographer, and then riding out to see my niece.

West Coast for a fleeting week 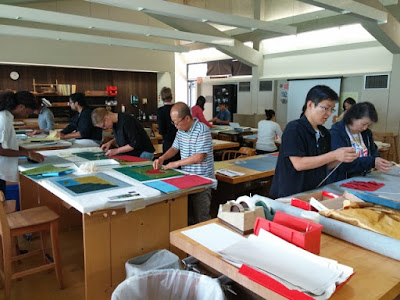 I flew home two nights ago after a brief visit to California. After a July 4th parade in Ohio, I flew with my sweetie for a mini-vacation in San Francisco for two nights. Tam was able to meet us, which helped SO much because she is much more qualified to be a tour guide than me. Then I rode to Oakland to teach a hanji craft class on the Mills College campus. 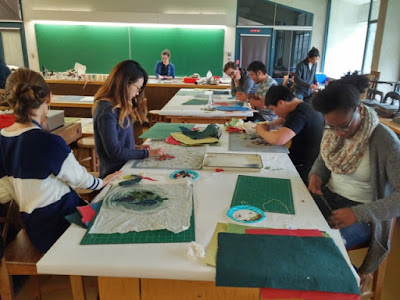 The course was actually for Middlebury's School of Korean, which operates at Mills during the summer because the Vermont campus is maxed out with eight other language schools. Mills is home to the Arabic, Italian, and Korean schools. 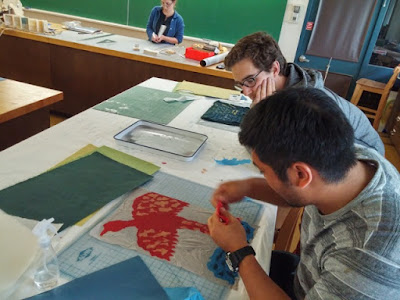 The second group of students was quiet but intent on making very involved creations. Did I mention that this is an immersion program? This meant that my lectures, instruction, and handouts were all in Korean. I've taught Koreans in Korean, but this was a whole new challenge, teaching without the luxury of lapsing into English, to a mixed group of levels—a few were complete beginners and I'm not sure how well I did at reading eyes, signing, or drawing pictures, but I think everyone got something out of it. 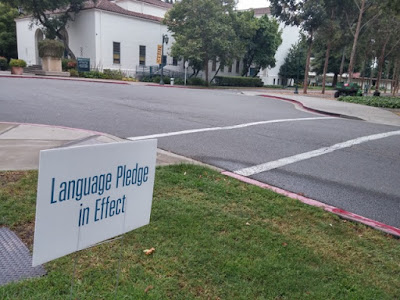 Campus is beautiful and very peaceful, especially when school is out! After teaching, Helena visited for dinner and an evening cup of tap water (I had nothing else to offer in the apartment since I was only staying for a night myself). Richard picked me up in the morning for tea and a drive back to San Francisco for a luncheon of textile artists and appreciators at Barbara's beautiful home. 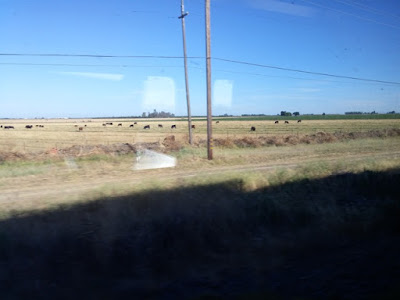 After packing everything up again, with the addition of Richard's homemade raspberry jam and some leftover homemade biscotti from lunch, I rode to Davis. The train was stuck at Berkeley for half an hour due to police activity on the tracks ahead, which gave me time to catch up on what was happening in the world, which was a thousand percent heartbreaking and horrifying. But I finally was able to relax for two nights in sunny Sacramento, visiting with two friends who now live minutes away from each other. I always feel like no time at all has passed when I see Katherine, and especially appreciate her counsel, which is even more valuable during transition points like this one. Steph just returned from her Fulbright year in Korea and we talked for hours about her experience and her plans to open a hanji store in the US.

I'm pausing briefly now to pack the BIG load for Maine. I have just one more day before the drive to NY, and then journey to Haystack at the end of the week. I can't wait for the cooler temperatures, ocean, and magic of that place.
at July 11, 2016 1 comment:

Procrastination is the best motivator 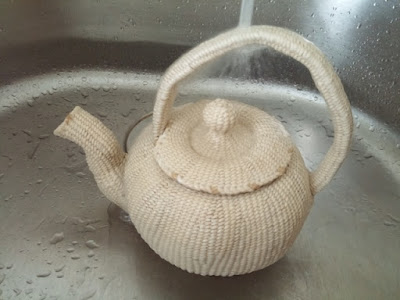 I could have done this for months, but I guess I needed the pressure of leaving town to finally do it! This is my teapot getting ready for some persimmon juice. 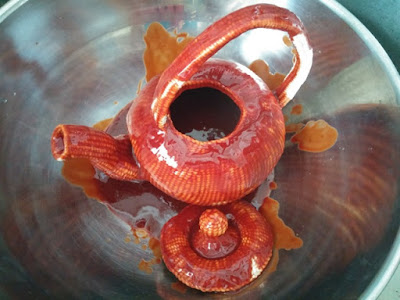 It was old kakishibu from powder that had coagulated and was in my fridge since last year, which I put into the blender with boiled water and alcohol. 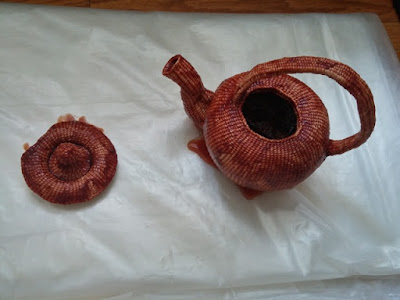 Before smoothing the chunkiness 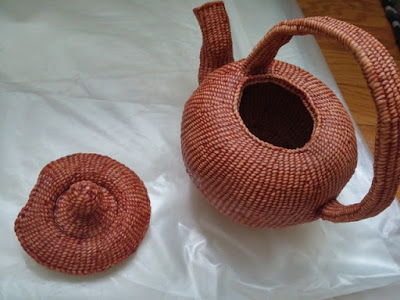