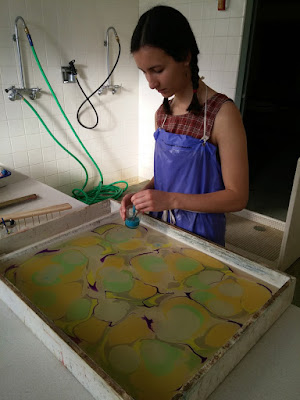 Marbling is always a huge hit. Last week, my students spent a day and a half doing this. 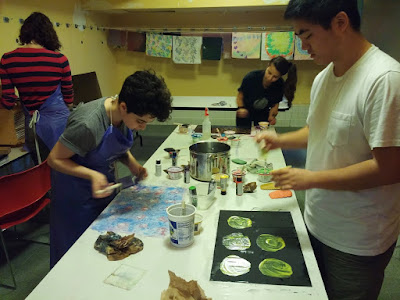 Plus paste papers and suminagashi. I mixed the methylcellulose a little too thin, so there are a lot of drippy looking cover papers out there. 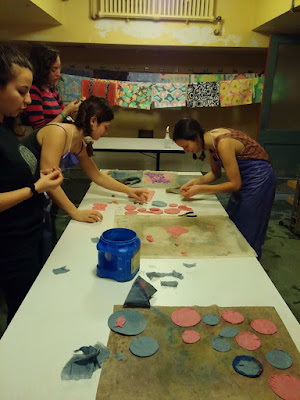 Once they realized they could wrap wire armatures, a couple got busy making pieces for a mobile, and then.... 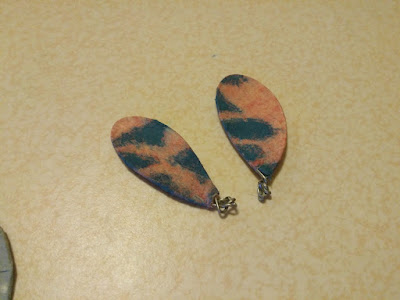 earrings! One student who makes them from bike parts started to make these and then spent three days making more. 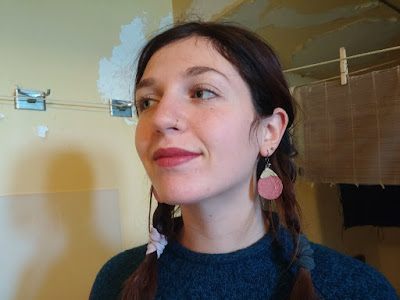 Here she is, with her new eggplant earrings made from a mix of cotton and abaca papers. Alizah is our one senior, and brings great energy to the class. Always helpful and present, enthusiastic and creative. 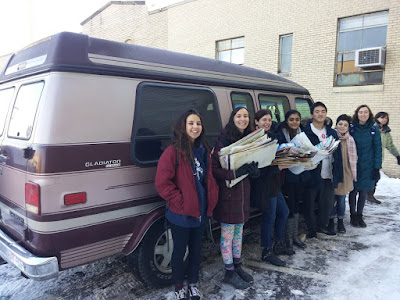 This morning we did the final load into the Gladiator (the van) before they walked over to the library with their combined stashes of paper. We started making books today and I already see them waking up more. I realize that kids these days like to SIT and aren't as physically fit to be at the vat all day. I also think there are more born book folks than papermakers (and understandably, it can be hard to get wet when the temperatures are in single digits outside).

Some more dates are set for my 2018, which include a workshop in Tasmania, for anyone interested!
at January 17, 2018 No comments: 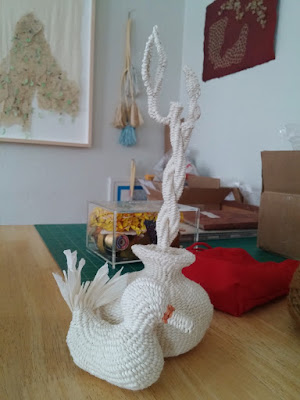 These two (the duck and gourd-turned-lucky bamboo) were the last pieces of 2017. I like that I got to make art from the start to finish of the year. I think part of my crabbiness this year already is that I haven't made anything yet. 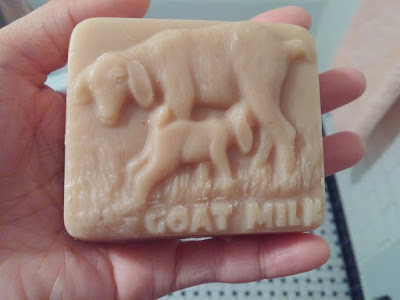 New year, new soap! This is from my Australia trip, made by a friend of my lovely hostess Sharon. 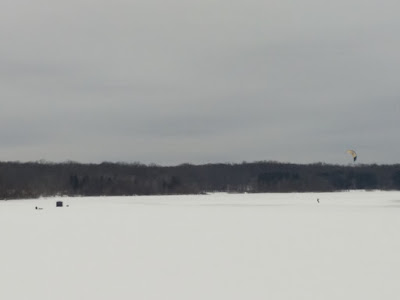 This reservoir east of me was home to at least two kitesurfers this weekend. Here is one of them, to the right. The other one had a red kite. I have no idea if they were also ice fishing but they were out for a while. 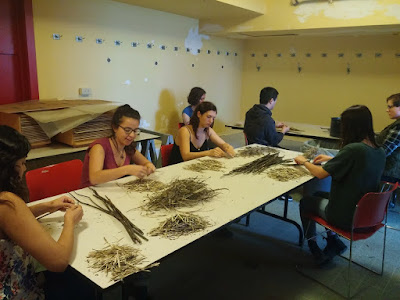 The fifth year of my Oberlin intensive is underway! I thought the first day of fiber processing would go quickly but I was wrong. The milkweed took ALL DAY to strip. Granted, we were down one person, but still...however, now everyone has beautiful milkweed paper. 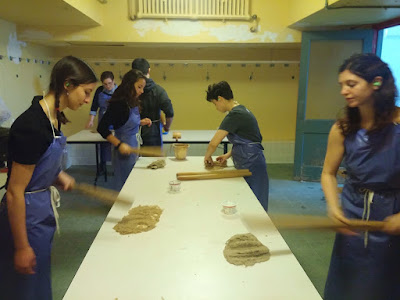 This year I got earplugs for students because beating is so noisy in this echo chamber. 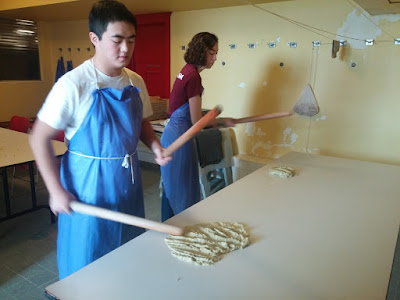 I may have gone overboard by providing so many fibers this year: Thai kozo, Cleveland kozo (plus chiri that they scraped), Philippine gampi, and Michigan milkweed. This was the cleanest white bark of all, which I think was due to the extra step of rinsing the scraped inner bark before cooking. 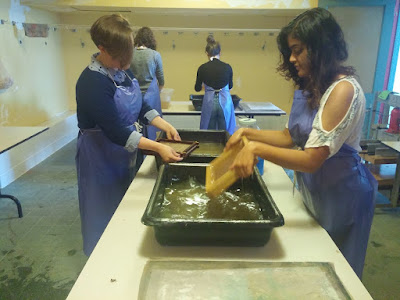 Sheet forming—this is the cooler (but darker) room. The other room where the actual shower heads are feels like a sauna. 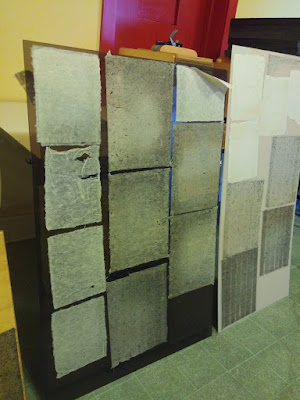 Mostly white bark from paper mulberry hand scraped (by FOUR lefties!! Can you believe that half of the class is left-handed? It's a miracle), and milkweed. 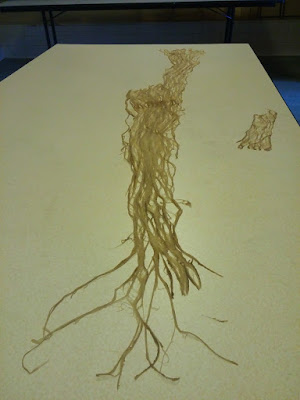 This time I decided to have a communal bark lace piece, which they can cut from if they want to embed between sheets. I don't know why I didn't think of this as a group project before. 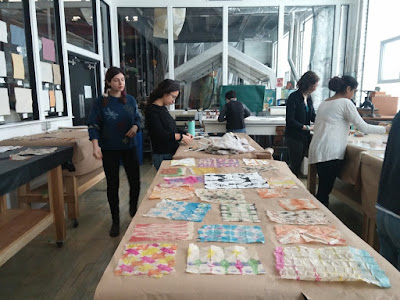 Yesterday was their field trip to Cleveland to visit the Morgan and dye paper, 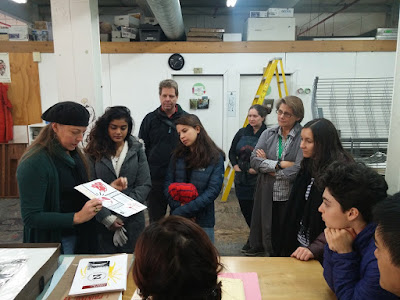 followed by a visit to Zygote. Liz gave the tour even though she is outgoing to start her new art adventures; always great to see her, and to witness her energy as well as the way she draws everyone into her talks. Jane, the new and fabulous ED (in classes), had started that very day! I was happy to meet her and think she'll do a great job. 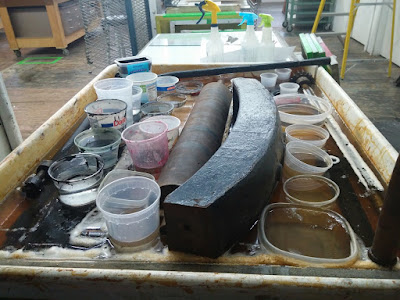 Rebekah, the shop manager, was trained extensively in green printmaking to transform the studio into a safer working environment. For the new litho press coming in, thanks to Tom Balbo, she is using vinegar to de-rust pieces. The containers are full of water to raise the level of vinegar. 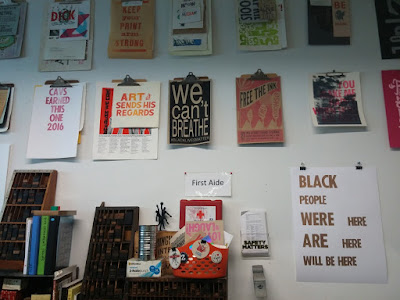 Letterpress shop with lots of food for thought. 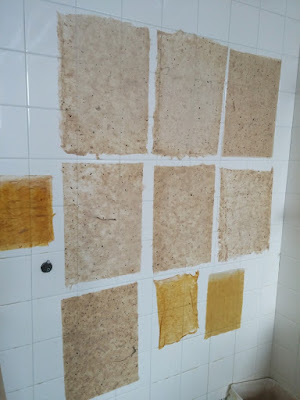 We are running out of drybox space, so I had one of my students board onto the tiles in the shower room. Let's see which actually stick (that room is so overheated that they started peeling away pretty soon after they were brushed on). Tomorrow, the pulp painting mania begins!
at January 09, 2018 1 comment: