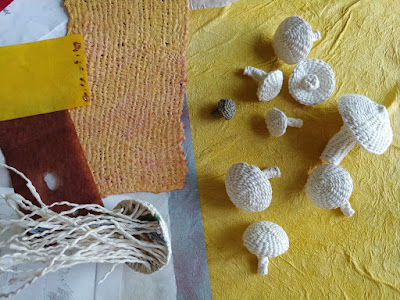 This is the final mushroom count for now (including the one in progress) because I have to rest my hand/body. I got carried away and believe it or not, the tiny olive one sent me over the edge. Underneath is hanji that was dyed with an exhausted cochineal bath and then overdyed with osage orange, which I tried the first time. I had no idea it would be such a BRIGHT yellow. While combing through an old printmaking bin, I found the woven hanji piece that was dyed with cochineal and then sent through an etching press. I tore it away from the base sheet it was printed onto and then overdyed with osage orange because I didn't want a pink piece. 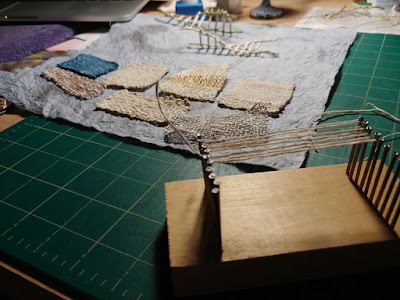 Because I had to rest from making mushrooms, I did a few more loose weavings with paper thread. Three are already part of a new piece and hopefully will be ready for my solo show that goes up in a couple weeks (WHAT?! I need more time!). 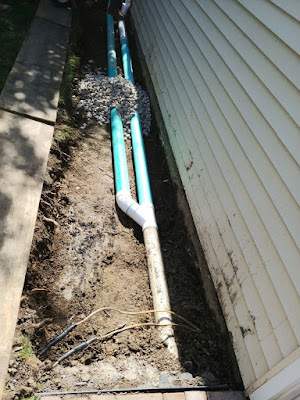 Unexpectedly, I finally found a contractor who gave me a reasonable quote and plan for preventing garage flooding so I can set up studio things in there. Note the electrical wire that was never laid to code. They hit it while digging because it was so shallow. I'm nervous and should have wrapped it or something before they filled in this entire ditch with rocks, but it's a little late now. Someday in the future when I have energy to dig through rocks, I'll uncover it and figure out what to do. 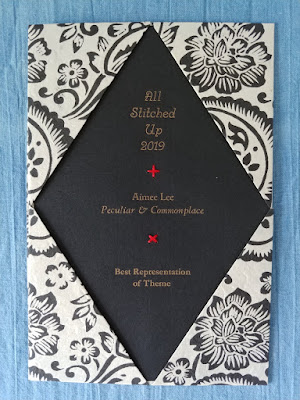 This was a very welcome piece of mail, a lovely letterpressed award from a show that I am so happy to be part of, All Stitched Up. I never get exhibition awards, so I was especially touched to get the news. 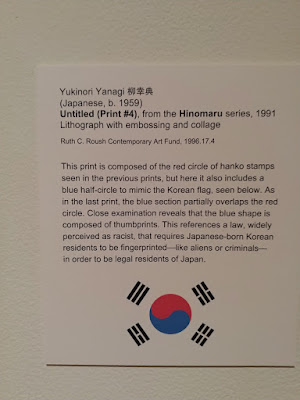 Now that I teach all day Fridays for the semester, I had to move my artist date days to Wed. I went to Oberlin to assuage my autumn nostalgia for campus life. My final visit that day was to the art museum, where I saw prints by Yukinori Yanagi (as well as some other fantastic pieces). 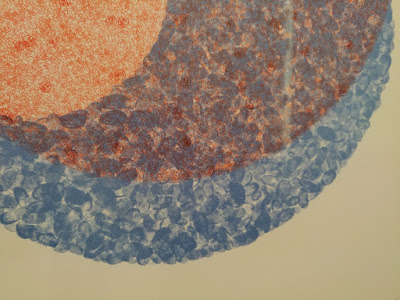 From a distance, it was what I thought it was representing but it was even more meaningful than I realized. 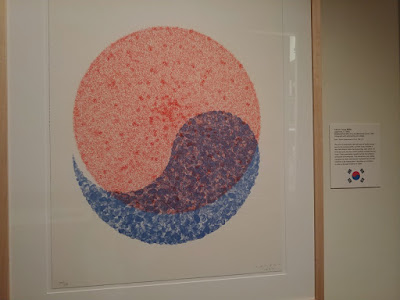 Kevin Greenwood, the Asian art curator at the museum, has been putting together excellent shows and I was glad to get a look. Speaking of Asian and Asian American art, Youngmin and Steph are having what I know will be an amazing show together in San Francisco. On Monday, I head to Michigan for my Milkweed Residency! I am over the top excited and can't wait to see friends, both human and milkweed.
at September 28, 2019 No comments: 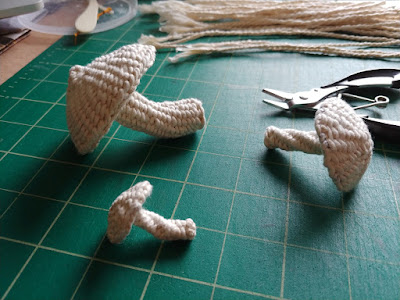 I started making mushrooms after seeing the twined ones in Salem last month. I HAD TO. I figured out after the first one (to the right) that the stem always has to be a little wonky to work. Easy enough to build in the curve on such a skinny stem. I'm trying to do small pieces and work more slowly to learn to pace myself because it's hard on my hands, fingers, neck, and back (and probably eyes). 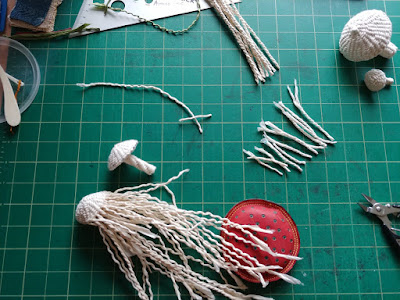 This must have been the start of #4. Last night I finished #5 after spending WAY too much time doing admin (as a desperate attempt to catch up after being out all morning and a good chunk of the afternoon). It was good to see Serge on this side of the pond since my trip to Brussels, though I wished that there was more to show him here than my Korean and Japanese papermaking tools (not many sights to show). 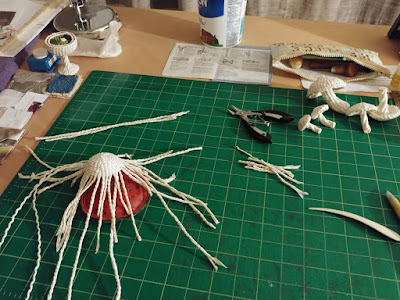 Started #6 last night and am turning the cap this morning but then the roof guy came to look at my damage from our mini-tornado on Friday. I was glad to only have lost power for a minute that night but it was way worse for other people. I was ALSO relieved that I had spent all of my time and heartache and money on removing two huge and sick trees since moving here. Those would definitely have come down all over the place; tree crews were out from that night for days.
at September 17, 2019 No comments:

The privilege of seeing

Lately I've been thinking about how I have never felt that I see enough art. Or enough of anything at all, really. I've always felt that way as a creative and as a person. Part of that is because I'm a homebody (it's so much easier to stay home and read...) but another piece is that I live in a not very sophisticated region. Here is the inside of a museum in a region that is more culturally developed, though there is always room for improvement. 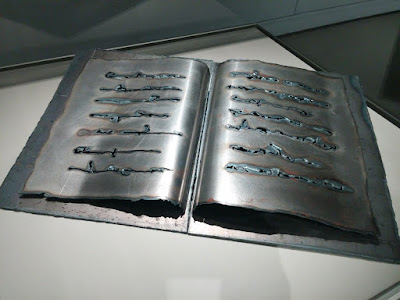 This is a metal book by Olivia Parker, a photographer I had never heard of but was so grateful to learn about. She has done insanely lush and often hilarious images of books but what I loved about this piece was that she was learning to work with metal. She seems to always be pushing herself to try new things and it takes her to fantastic places. 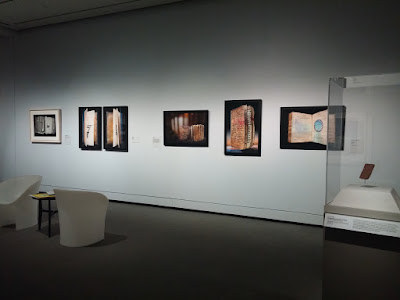 This is a terrible snapshot but these photos are gorgeous. That tiny book in the glass case is the one photographed in the second from the right on the wall. Here are more photos in this series. 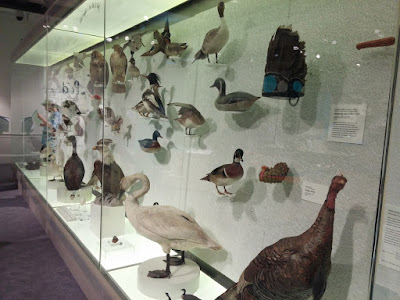 This is from the area mostly for kids but I loved it. Ania said these were the slow animals that got killed. It's never fun to see them all laid out this way but this room reminded me of the lab at RISD where students get to draw from life, whether plant or animal or mineral, alive or dead. 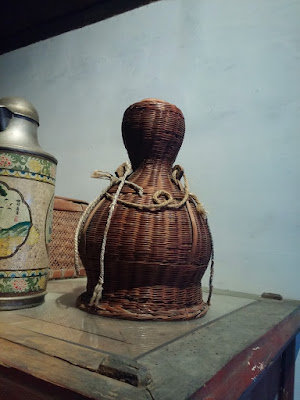 I always love a woven gourd. This was in a room of the Yin Yu Tang House, whose existence in Salem itself is a marvel. 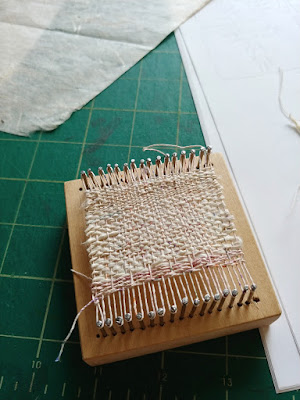 Back home, I did this to rest and recover from my first day of teaching in the semester. I went to a college that had fall break (and was ridiculed for it because most schools do not have fall break), so the idea that I have to teach every single week from now until Thanksgiving feels harsh. No one makes fun of spring break. Why not a break each semester? 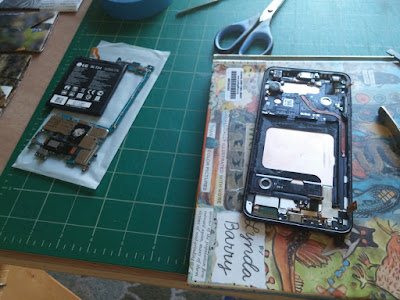 I had put this off until last week: replacing the screen on a phone that was pretty new when I dropped it. I took it to two different repair places. The first took it and then called to say they couldn't find the replacement part so they gave it back. Then I waited almost a year until the phone was older and the part would be less rare, and the second place said I could get a brand new phone for the cost of the repair so they refused to do it. The idea of throwing it away when I knew that only one piece was broken made me crazy (I also hate planned obsolescence, so I didn't want to upgrade sooner than absolutely necessary). So I ordered the part myself and did the repair at home. I definitely broke a piece off the motherboard but don't think it was a crucial bit, and I removed a screw but couldn't figure out where it went back, but it works!! An excellent exercise in empowerment. 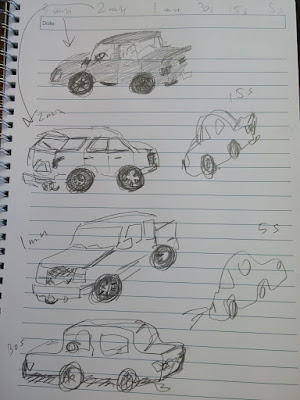 The less fun part of coming home after road trips is dealing with the car issues that arise. I had to go to the shop twice because the car came home with a new noise after the repairs, and have to go again this week to re-do a seal. There's more work to be done but I have to wait for a paycheck before I'm willing to tear out half the engine to access the spark plugs (poor car design!). While waiting, I did the Ivan Brunetti exercise of timed drawings. Much easier to draw cars when you're surrounded by them. 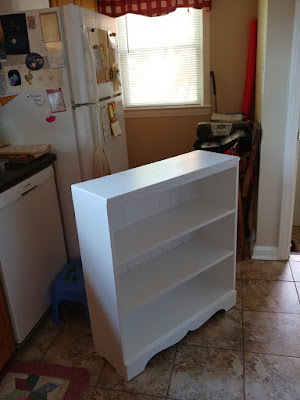 Another massive bit with coming home has been more deliberate conversion into a full working studio because the studio building has been so massively delayed. I have wanted a real bookcase ever since I moved (my last apt had built-in shelves so it wasn't an issue for years). This one is frankly too small for most of my books but it gave me an excuse to get paint all over myself. 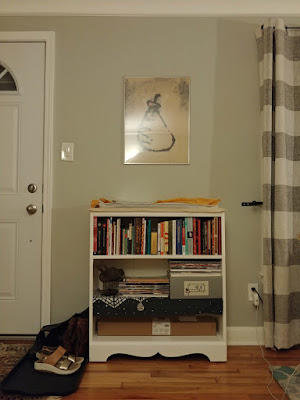 If you had seen the mess that was there before (including my usual cardboard boxes as furniture), you'd understand why I am filled with joy every time I pass this part of my living room. There is still so much to be done downstairs with the actual papermaking setup, but this is a liberating start. This is another reason I take in so little art and culture, because there is too much to do at home. I bought this home because I live in a region where I can afford it, even if it's harder to find the things I'd like to see.
at September 02, 2019 No comments: